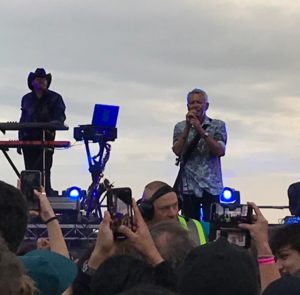 To commemorate the 40th anniversary of the St Kilda Festival, the good people at the City of Port Phillip booked one of the bands that played at that very first 1980 festival – Icehouse, or Flowers as they were known at the time.

Main man Iva Davies decided to mark the event by playing songs from the Flowers era, which was welcome news for fans who found each successive Icehouse album to be an exercise in diminishing returns. And for those who just didn’t want to hear Electric Blue.

In 1980 I was a budding music fan and post punk poseur who wore oversized suit coats, black jeans and pointy-toed boots. It was a uniform not too dissimilar to that worn by Flowers frontman Iva Davies at the time. I don’t know if I went to the St KIlda Festival in 1980, but I had seen Flowers live and was already a fan when they released their first album, titled Icehouse. It is one of the great debut albums, and in 1980 it competed with Models’ debut Alphabravocharliedeltaechofoxtrotgolf, The Boys Next Door Hee-Haw E.P. and The Angels’ Dark Room as one of my favourite Australian records of the year. The other bands might have had more street-cred at the time, but Flowers had cut though appeal with their songs becoming hits even as they maintained a cool arthouse aesthetic.

I saw Icehouse play quite a bit in the 1980s, but probably the most recent occasion was in the mid-1990s when they played as part of a Sydney Dance Company production called Berlin that featured music from the late 1970-early 1980s, The soundtrack was performed live on stage with Iva Davies wandering around between the dancers. It was one of the best theatrical experiences I’ve had. 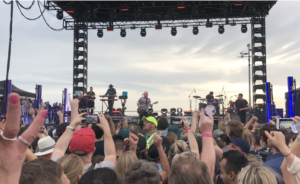 This was a pretty good one too. And like Berlin, it included Iva singing a few cover versions.  The band came on stage at 7.45 pm against an evening sky and the backdrop of Port Phillip Bay. It was a truly glorious setting as Iva introduced the gig with the title track, Icehouse, a slow-burning atmospheric piece that took on new power when Iva cranked up the guitar for the song’s final verse.

The set was always going to begin with the title track, but the band mixed up the order, with my  my favourite song Walls providing an exhilarating uplift – its slow, quiet verses punctuated by fast loud chorus getting the audience jumping. After Sister Iva complained that the express tempo of his youthful compositions was going to give him a heart-attack. 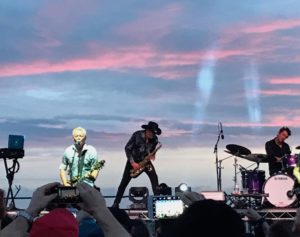 Early Flowers shows featured a number of cover versions, and they played three of these on the night: Bowie’s The Jean Genie, T-Rex’s Get it On (Bang a Gong) and the Sex Pistols’ Pretty vacant, all of which captured the sass and sleaze of the originals.

Fatman may not be one of Davies’ most technically accomplished songs, but it was always one of my favourites with its big shout-a-long chorus and the hint of the Batman theme. While Icehouse produced some of the more layered, thoughtful and sophisticated sounds in Australian pop, the songs from the first album have a simplicity and directness that future recordings lacked. This might be why they still work so well live, particularly in a free festival environment. The many young people in the audience who weren’t born when the album came out were able to respond to the straight forward big chorus, power chords and hands above head clapping from vibe master Glen Reither on keyboard and sax. 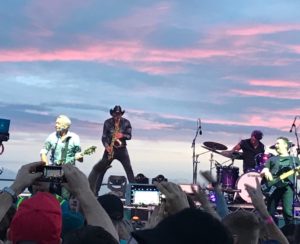 Despite not having played the album for something like 25 years, I knew every line of lyric without having to think and I relished the chance to belt out the songs at the top of my voice. Obvious highlights were We Can Get Together and Can’t Help  myself, but it was perhaps the lesser known songs like Not My Kind and Boulevarde  that reminded me most just what a great album this is.

They finished the night with an intro into what would become Icehouse, their imperious anthem Great Southern Land, which also happens to be their best known song, and one of the few songs about Australia that you can sing along to without feeling too cringey. 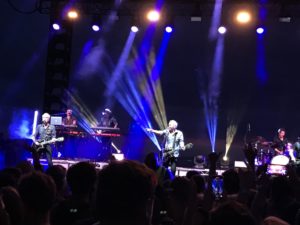 There may be no love inside the Icehouse, as the song goes, but there was plenty of love outside it, with the crowd, many of whom were not born when the album came out, leaving the festival exhilarated. 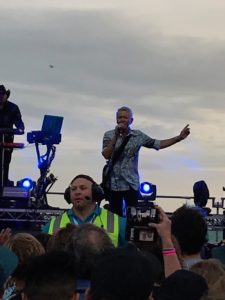 Earlier in the afternoon, Cash Savage and the Last Drinks delivered an energetic show of power and bombast, with Cash treading the stage barefoot. It’s a courageous person who stalks St Kilda foreshore without sensible footwear, but Cash is a formidable front woman.

Jade Imagine also played a strong set on the smaller O’Donnell Garden staged next to Luna Park, working through a series of songs from their debut LP. 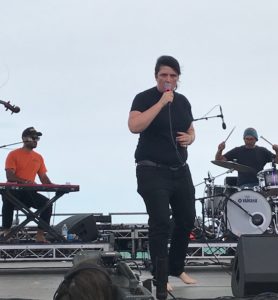 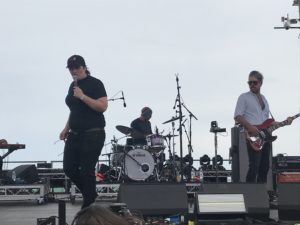 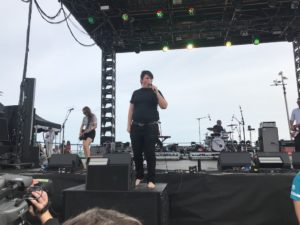 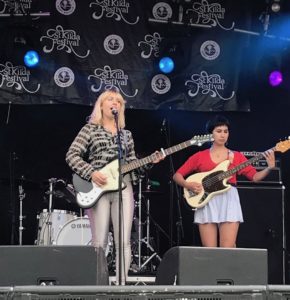 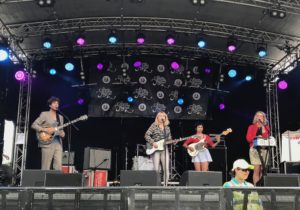