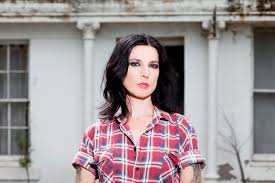 The Northcote Social Club is celebrating 10 years of hosting live music with a series of gigs and a refit of the venue. I was there to see Adalita, despite it being a Sunday night on Father’s Day after an exhausting weekend that had already included a twilight football match, a late night Drones gig, an afternoon movie and a family dinner.

Not only that, but at the time I needed to set off for the show, a downpour of near-biblical proportions struck. So my motivation to attend wasn’t particularly high as I pointed the nose of my red Mazda 2 into the path of oncoming bullets of rain. Still, I’d never seen Adalita perform and the alternative was staying at home and folding laundry. So, ‘rock on’ I thought.

As for the venue refit, the only difference I noticed was that the ticket booth and merchandise table were in different spots, but at least they still served Coburg Lager – one of the few places you can get this nice local drop. However, the bottle was so cold I very nearly resorted to buying an Adalita stubby holder for $10.

By the time I arrived, the crowd were already five or six deep across the front of the stage. I took up a spot that seemed fine at the time, but soon became closed in and I found myself behind a ‘wall of talls.’ Now, I’m not saying anyone over 175 cm should always have to stand at the back, but a string of them four deep at centre stage was a bit like Melbourne Victory defending a free kick. Perhaps there needs to be designated spots where all the tall people can stand and get in each other’s way. 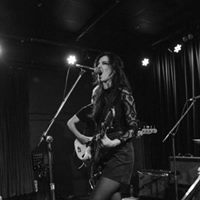 Resentment began to foment from the people around me as band time approached, but there weren’t many options – to our left, where we could conceivably have moved, lay a fate even worse than the talls – a group of middle aged Northcote drunks, already stumbling about and talking loudly in a way that suggested they would become increasingly annoying as they night wore on and the music kicked in. We stayed put.

Adalita eventually took the stage with a band comprising drums, guitar and bass, plus Adalita also on guitar. They burst into Trust is Rust followed by All Day Venus – both rendered with power and vigour, the latter ending with an extended guitar jam.

Adalita was in true frontwoman mode wearing a striking black lace top and skirt while the band members, all men, wore backing band jeans and t-shirt garb. I suppose you don’t have to make any sartorial effort when you know the audience will only have eyes for the singer, but at least their honest work gear was backed up with strong, accomplished playing. The mix was clean and the sound robust and powerful. 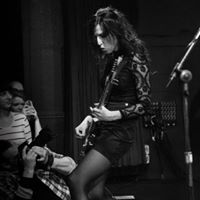 The show had been billed as one in which the band were going to road test new material and their third song, Savage Heart, was the first of several we heard on the night.

Between songs she was sipping what appeared to be vodka at times, or whiskey at others, as well as the occasional shot being handed in from the side by the guitar tech. Indeed this appeared to be his main responsibility – he seemed to spend as much time measuring out shots as he did tuning guitars. As the show progressed, the shots began to appear more regularly, and Adlaita, reserved at first, became ever more loquacious. She handed shots to band members, even audience members.

By the end, her between-song banter became extended and she expressed ever more love to the audience, the NSC and anyone else she could think of. She even went as far as declaring that she wanted to ‘fuck all of youse’ (at which point I think I actually became aroused – I certainly took her declaration more seriously than she intended it). She concluded by declaring that we were all ‘awesome c***s’. I haven’t felt so humbled since Kanye included me as one of his n*****. 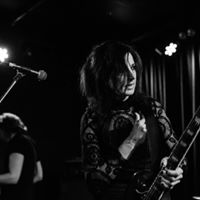 Not just her banter, but her stage persona also became more animated. She jumped into the audience to play guitar, and during a feedback laden Annihalate Baby, she began tossing her guitar into the roof of the stage, aiming it neck first, as if she were actually trying to annihilate something. We even got some back to the audience booty shaking during an exhilarating rendition of Blue Sky that closed out the set.

If you weren’t already smitten with her before the show, it was impossible not to be by the end.

They returned to play another new song, Fatal Season, for an encore. This was the fifth new song aired on the night. All of them sounded as good as complete and I look forward to hearing the recorded versions. If there is a stylistic commonality to the new material, it might be that there is more emphasis on dynamics and layering than on her first two solo records. The rest of the set was taken from All Day Venus – her impressive second album – with just one track, Fool Around, played with just percussion accompaniment taken from her debut solo record. 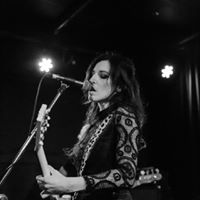 This was one of the best gigs I’ve seen all year, a point I think I duly emphasised when I passed the drummer in the Gents after the show and said, “Great gig mate”. 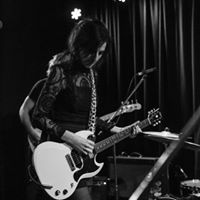 I didn’t take any photos on the night – those I’ve included here have come from the Northcote Social Club’s Facebook page or adalita.com 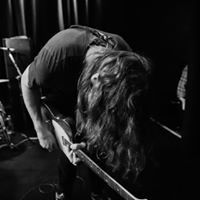