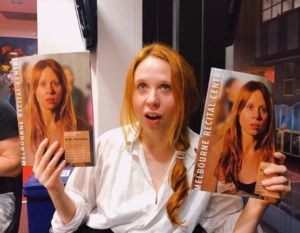 I bought a ticket for this concert not really knowing what to expect. I quite like what I’ve heard of Holly Herndon’s electronic music, in particular her latest album Proto, on which she experimented with vocals generated by an AI robot she named Spawn. It’s not easy listening, and is even slightly grating in parts, but it is interesting throughout and I was keen to see how it would be presented live.

Part of me feared that it might be a bit cerebral and even dull, which is mainly why I went by myself. However, my fears could not have been more misplaced. The performance was exhilarating and captivating, and even quite moving at times, combining Holly Herndon’s electronically treated vocal stylings with organic ensemble singing from a chorus of three singers and the stark, post-industrial electronic doodlings of musician Mat Dryhurst.

Dryhurst actually spent the entire show kneeling on the floor behind a table fiddling with knobs, wires, computers and machines – like Barry from IT under the desk fixing the cables.

There were four vocalists, including Herndon, who stood on a plinth or kneeled on the table holding the various computery devices as she altered her voice and mixed the sounds. The other three singers Colin Self, Albertine Sarges and Evelyn Saylor were dressed variously in ensembles that gave off an olde worlde Amish vibe – two in aprons and one in jodphurs – providing a counterpoint to the otherwise cutting-edge tech set up. They roamed about the stage, danced and sang with energy and joy. 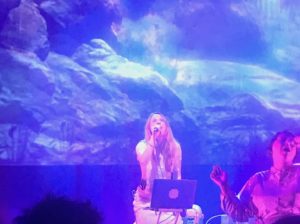 Far from the overly serious, cerebral electronic music I was half expecting, this was a celebration of song and voice with the ensemble’s layered choral harmonies mixing with Herndon’s electronically treated vocals. For all that she is associated with electronic music, it was a very human performance. They all seemed to be having a good time, interacting and laughing with each other as they sang and smiling broadly throughout.

One of the features of the show was the egalitarian approach to the staging with each singer having their moment to shine, and Herndon content to take a back seat.

Herndon explained that Spawn had not made the trip, so Colin Self led the audience in a call and response song which they recorded to feed into Spawn when they return to Berlin. We sounded pretty good too, so much so that Self seemed quite moved. ‘Melbourne, who are you people?’ he quipped. Though I suspect much of it can be put down to the venue’s acoustics. 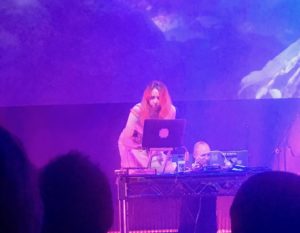 They finished with Fade and received a rapturous ovation that was richly deserved.

It was one of the more extraordinary shows I’ve seen – Bjork’s Biophilia show being about the only antecedent I can think of – and I only saw that on film. Next time I’ll take someone with me. 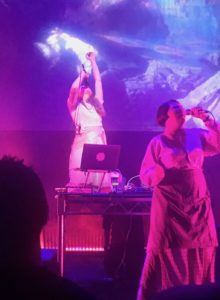 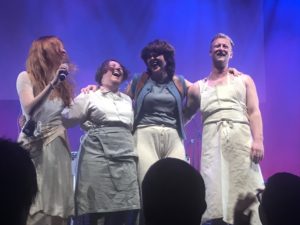 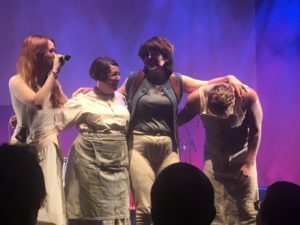 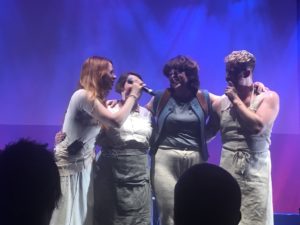