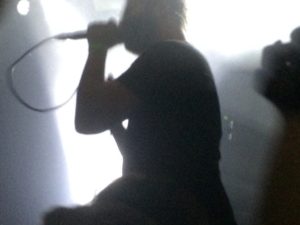 If you said Kings of Leon, you’re wrong. Well you’re sort of right, before they started to sound like Coldplay that is. But I’m talking about Kingswood, a loud, hairy Aussie rock band with a name synonymous with Aussie motoring.

Lovers of misogynistic Australian sit-coms were saddened last month on hearing the news that actor Ross Higgins had passed away. Higgins was best known for his role as Ted Bullpitt in Kingswood Country, an Australian sit-com that made a virtue of bigoted, white angry males, even as it made fun of them. The ‘Kingswood’ of the title referred to a variety of Holden that Bullpitt owned and prized above all else.

Kingswood Country left our screens in 1984, which as it happens, is the same year that Holden ceased production of the Kingswood vehicle. I suppose that makes sense in a way. Holden has since announced that it will stop manufacturing cars altogether in Australia by the end of 2017, so while this icon of Australian motoring and the actor who played the lead role in Kingswood Country are no more, the name ‘Kingswood’ lives on in this Australian rock band full of hard-living, hirsute, he-men.

In any case, Kingswood are back for a short pub tour in Australia ahead of the release of their second album and I’m at Howler for their ‘homecoming’ show in Melbourne.

I took a seat in the bar adjacent to the stage and sipped on a 4 Pines while the support act set up.

Lunatics on Pogo Sticks were disappointingly not as advertised. While I can’t speak for their mental health, I was disappointed they didn’t have the promised pogo sticks. Not that I can be too critical – I was once in a band called Soothsayers with Synthesizers, and not only were we unable to foretell the future, we didn’t even have any keyboards.

A three-piece band – guitar, bass and drums – Lunatics on Pogo Sticks played a fast and energetic mix of punk and power pop reminiscent of The Buzzcocks.

The singer/guitarist wore a denim jacket with a Birthday Party skull patch on the back, so I was predisposed to like them and indeed, they were pretty good. He was left-handed so there was also a Nirvana thing going on, and he belted out his vocals with a stridency that made me suspect that all of his lyrics are typed in upper case.

There wasn’t much subtlety or instrumental interplay in their music, but their brand of punk and power-pop was dynamic and spirited, and it energized the room in the lead up to the headline act. 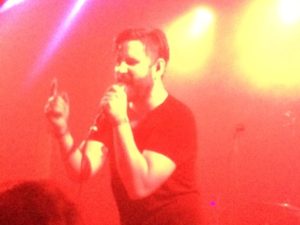 I’ve seen Kingswood play once before as part of Melbourne Music Week at Vic Market when they were touring their debut album, Microscopic Wars. My main memory of the show is that it was uncomfortably humid under the market’s tin roof. That may not say much about Kingswood’s performance, but the humidity was such that it banished all other considerations.

Thankfully it wasn’t as humid inside Howler. I took up a position behind two women in wheelchairs who were seated up against the stage. Not a bad spot I thought – surely people will respect the wheelchairs and refrain from pushing, moshing, crowd surfing, bottle throwing and all the other fun, anti-social activities in which rock crowds like to indulge.

And I was right, for the first song at least. Sure a few people had pushed in, but I could still see the band, or most of them, and even then it wasn’t the audience that was blocking my view but the massive bass player whose height, girth and black wardrobe made him resemble his own amp.

The opening song wasn’t one I knew, but it was loud and the band was tight.  Fergus Linacre lent over the people at the front and belted out the vocals while Alex Laska was lost behind his hair and guitar.

It all changed however, when they began She’s My Baby. As the hordes banked up behind me recognised Laska’s high-powered guitars and Linacre’s heavy metal screech, or just responded to the rumble of bass and thump of the drums, the first wavelet of moshing washed over us, pushing me ever so slightly off balance and causing me to take step or two forward. 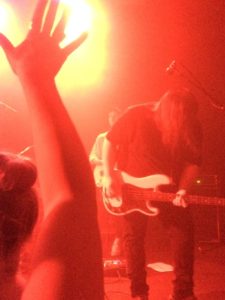 By the second chorus, however, it had become a tsunami with 20 or 30 blokes all at least 180cm tall flinging themselves about recklessly causing me and those around me to lunge forward suddenly and lurch back just as quickly to avoid falling across each other and the women in wheelchairs.

In an endeavour as fruitless as trying to rehabilitate a Collingwood supporter, I turned to one or two of the blokes involved to appeal to their better nature and urge caution given the two wheelchair bound women in our midst, but they already had the crazed, glazed look of a meth high in their eyes. I’m not even sure they registered me.

As if to give expression to what these blokes must have thought of a short, pudgy, old man requesting them to show restraint, the band launched into the maelstrom of Yeah, Go Die and I was once more flung forward onto the rocks.

Mainly self-preservation, but also the thought that the only thing that might protect the two women was if the moshers could actually see them, I retreated to the back of the room. Here I found booths reserved for the band’s family members where things were thankfully much calmer and there were a few others in my age demographic.

Meanwhile the band was working through a mix of tracks from their album as well as new single, Creepin.

Sucker Punch, pumped out its My Sharona riff before guitarist Alex Laska took the vocals for ICFTYDLM, with the audience joining in to shout out the words that make up the acronym of the title. 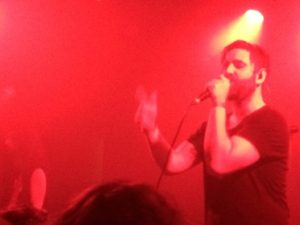 If you’d never heard Kingswood, you could look at a photo of the band with their dirty denim, long hair and unkempt beards and pretty much guess what they sound like. And yes they are loud as and heavy as they look – verging on metal at times – but they are much more than that. In addition to Laska’s cracking guitar work, their songs also contain sophisticated compositional tropes, melodic tangents, harmonies, extended bridges and a range of dynamics and tempo. Not unlike the original heavy metal bands before the genre was taken over by the one-paced, one-riff bands wearing black denim and sporting satanic iconography.

There was another impressive new song that in all likelihood includes the word Atmosphere in the title, before they finished off with two rapturous rockers, Medusa, and Ohio, two crowd favourites that brought things to an exhilerating climax while simultaneously signaling the end of the show.

From what I heard tonight, the new album will be worth picking up and it will be good to hear the new songs without having to fend off large oafish men.