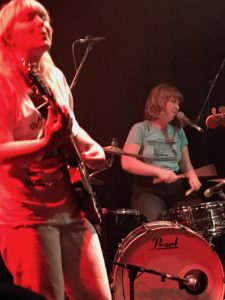 Somewhere in this blog I posited the theory that all Australian indie bands fit into one of three 1970/80s sound prototypes: The Saints, The Birthday Party or The Go Betweens. If this is true (and it’s my theory so I’m running with it), then Loose Tooth definitely reside in The Go Betweens camp. The melodic imperative in each song, the shared vocals and dual voices, a sense of the joi de vivre plus a woman on drums are all traits the Melbourne band share with the erstwhile Brisbane outfit.

They were playing as part of Darebin Music Feast. Following an afternoon of great bands playing on a makeshift stage in adjoining Hawthorn Street (RVG, Jaala, Jade Imagine and Jess Cornelius – see below) Loose Tooth took to the indoor stage in the Northcote Social Club.

I had been enjoying their new album, Keep Up, so was keen to see them play live. From the outset they got the place bopping with their upbeat, up tempo pop songs and harmonies, starting with All the Colours Gone. I was a little surprised to discover that Etta Curry on drums took on most of the vocal duties. I’m not accustomed to seeing drummers sing, having many years ago perfected the art of turning away or off whenever I saw Phil Collins on screen. 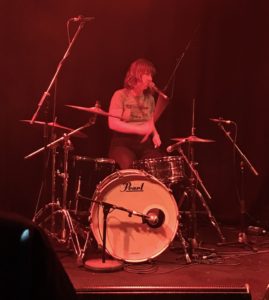 While Curry was busy drumming and singing, guitarist Nellie Jackson and bassist Luc Dawson engaged in a spot of byplay upfront, joining in for the chorus or adding a splash of vocal colour here and there. Jackson was often at the front of the stage mouthing the words while shredding her Rickenbacker.

Jackson also provided the bulk of the between song banter. She was entertaining and witty, even if she was slightly thrown by the kids at the front of the stage (this happens at free gigs in Northcote). 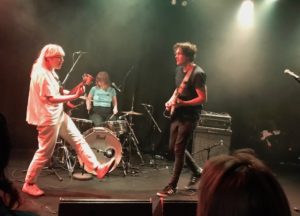 After the power and exhilaration of RVG on the outdoor stage, Loose Tooth kept the energy up and capped off a great day of music in Darebin.

I don’t know what inspired the band’s name, but their music has the same sense of joyful, slightly illicit fun that I remember as a kid on discovering a loose tooth in my mouth. I’m definitely up for seeing them again. 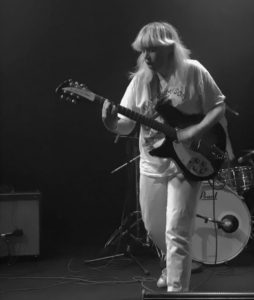 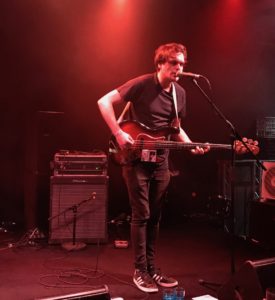 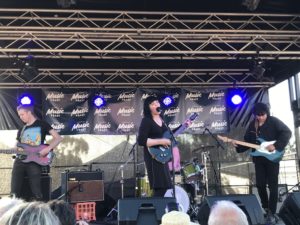 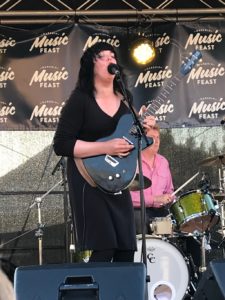 RVG featured a mix of new songs plus a few faves from their debut album, finishing a blistering set with the fabulous Feral Beach. RVG are right up there with Rolling Blackouts CF as one of the best bands in Melbourne. 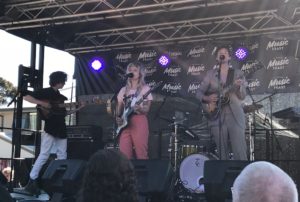 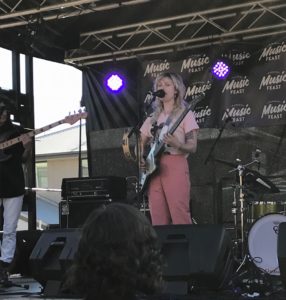 Jade Imagine’s sound continues to evolve.  They previewed material from their forthcoming album in a lively set. 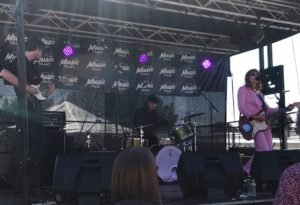 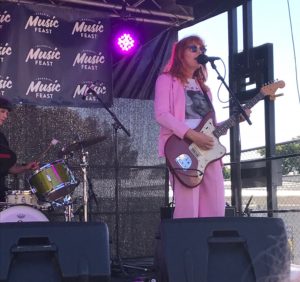 Jess Cornelius, formerly of Teeth & Tongue, currently living in LA, played a set of mostly new material and a couple of songs from her 2017 E.P.  The pink suit was a sartorial highlight of the day. She’s still my favourite. 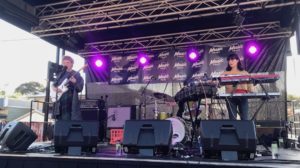 Jaala played a selection of tracks from their recent album in a creative and laid back set.